I have some GREAT news… our Rehab house is officially finished and sold! We close this week and say goodbye to the house that we gave an entirely new look! It’s both exciting and overwhelming! We are thrilled we were able to take a inhabited house that should have been condemned and made it a beautiful home worthy of loving occupants!

Now I get to start showing more details about the entire rehab project from the ground up. You saw the before photos in the last rehab update, so today I want to talk layout…

Here’s the ‘before’ floor plan: 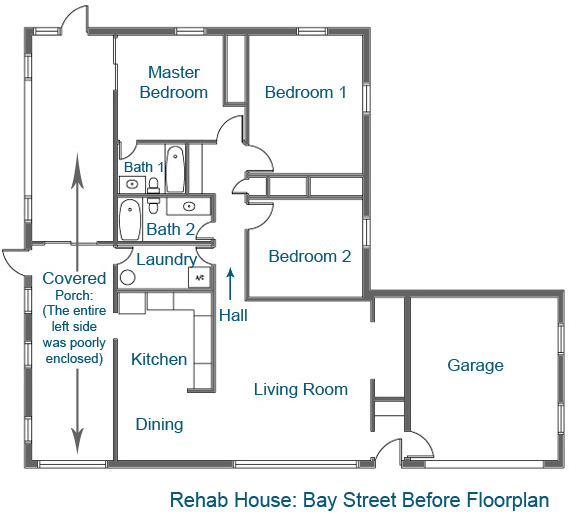 Problems: This home featured all the bedrooms on one side, a closed in and dysfunctional layout and ‘weird’ additions.

After some creative space planning, tons of sketches and some major auto-cad work, I came up with a perfect layout to update the home! We changed up the floor plan significantly! My goal was to take this outdated, closed in and dysfunctional layout and turn it into a more modern and open living concept throughout the main spaces. In addition, I decided to make it a split-plan by making the master suite on one side of the home and leaving the other bedrooms where they were. 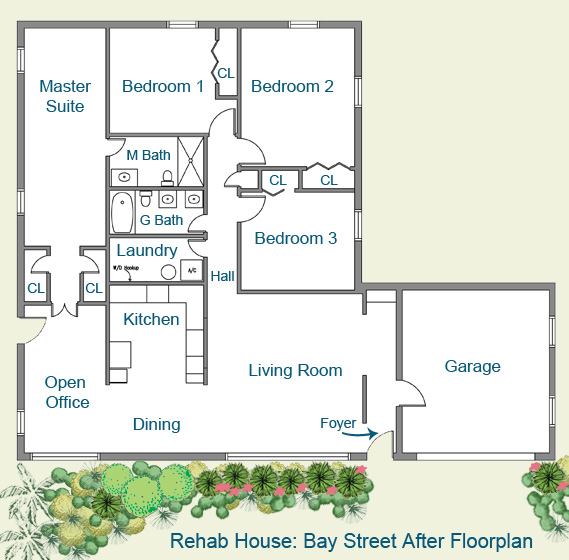 Here’s how we addressed the problems: 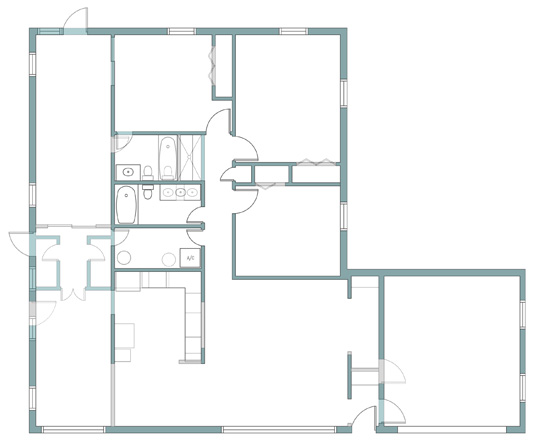 As far as the kitchen layout goes, I plan on giving you a detailed plan of how we decided to layout the appliances, sink and cabinets. Next up on the rehab blog list… the concept & design plan/scheme.

What do you think of the layout? Have you rehabbed any houses lately? Any floor plan changes? Comment below and let us know!